The Troubadour and The King: The History of "Blue Christmas" 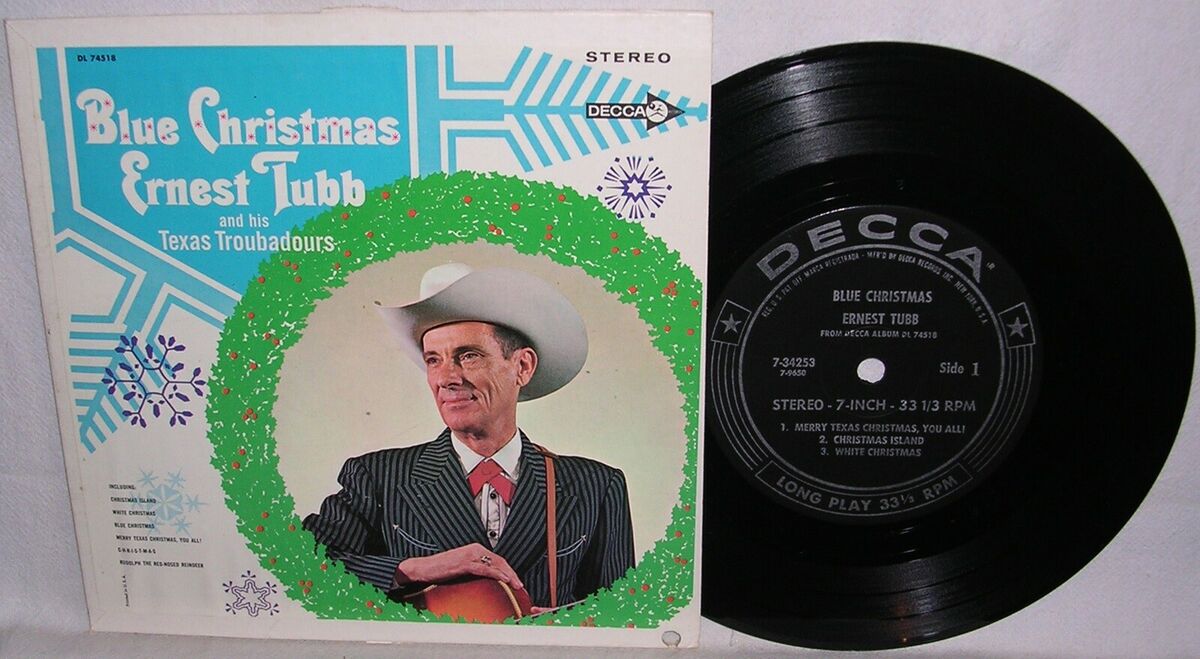 While it's hard to find much artistic common ground between Ernest Tubb and Elvis Presley, the Texas Troubadour and the King of Rock & Roll share a connection with the Christmas classic "Blue Christmas." While Elvis would be the one to cement the songs status as a holiday staple, it was Ernest Tubb who first charted the song in 1950, seven years before Presley recorded it. The song was written by songwriters Billy Hayes and Jay W. Johnson as a tale of unrequited love during the holidays which gave it the perfect foundation to be recorded by a country artist.

The song was first recorded by west coast country artist Doye O'Dell in 1948, “Blue Christmas” was popularized the following year in three separate recordings including the Decca version by country music legend Ernest Tubb. His 1949 recording of the song was the first to chart and spent the first week of January 1950 at number one on Billboard magazine’s “Most Played Jukebox (Country & Western) Records” chart. As popular and enduring as the song became in the years to come, Tubb's recording is the only one to ever occupy the #1 spot on the charts. 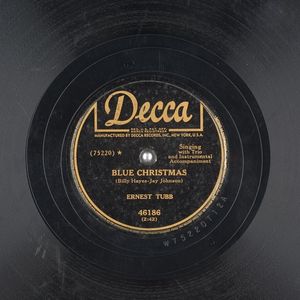 Elvis’ 1957 recording of the song almost didn’t even happen. Presley was not impressed with the song and didn’t want to record it during the sessions for his 1957 album, “Elvis’ Christmas Album.” The late Millie Kirkham, a Nashville singer who sang soprano during the recording session, recalled Presley saying, “Let’s just get this over with” and urged the band to "do something silly" on the recording. Millie Kirkham, who sang backup on the session, responded by singing "woo-we-woo" throughout the song. During an interview with the Country Music Hall of Fame, she said, "When we got through, we all laughed and said, 'Well, that's one record that the record company will never release.'"

Elvis’ “Blue Christmas” did indeed fail to chart but it was due to the fact that the song was not released as a single at that time. The album it was included on, “Elvis’ Christmas Album,” did peak at #3 on the Billboard Pop Album chart and the song became popular with fans despite not having a proper release to radio. It wasn’t until 1964 that Presley’s version of the song was released as a single. It peaked at #40 on the U.S. Pop Charts but found more success overseas where it peaked at #11 on the U.K. Pop Charts. 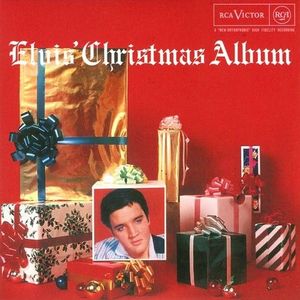 Elvis' performed this song for the first time on his 1968 television special. Recorded in June, the special aired on December 3 and helped revitalize his career. His performance of "Blue Christmas" is the only video footage that exists of Elvis singing a Christmas song. Before he begins the song, Elvis states: "I'd like to do my favorite Christmas song of the ones I've recorded.” It seems like he changed his mind about the song in the years since he originally recorded it.

“Blue Christmas” has been covered by a variety of artists from just about every genre including; Ringo Starr, Celine Dion, The Beach Boys, Sheryl Crow, Smash Mouth, Brooks and Dunn, Vince Gill, Bette Midler, Harry Connick Jr., Bill Haley and the Comets, The Misfits, Freddy Fender, Collective Soul, and even Looney Tunes character Porky Pig. Aside from Ernest Tubb and Elvis Presley, the only artists to have charted with the song are The Browns in 1960, Shakin’ Stevens in 1982 and Martina McBride in 2008.

Martina McBride’s version of the song was included on a Christmas Duets album which featured several female singers, including Carrie Underwood, LeAnn Rimes, and Olivia Newton-John, performing Christmas songs along with recordings of Elvis. Martina’s duet with Presley on “Blue Christmas” hit #22 on the Adult Contemporary chart and became Presley's first chart entry since "The Elvis Medley" peaked at #31 in 1982.

In January of 2019, “Blue Christmas” again brought Elvis to the Billboard Hot 100’s “Top 40” for the first time since 1981 when the song reached #40 thanks to great holiday streaming numbers. The song was streamed in the U.S. more than 21.3 million times from December 21-27, and it drew a 9.7 million airplay audience.