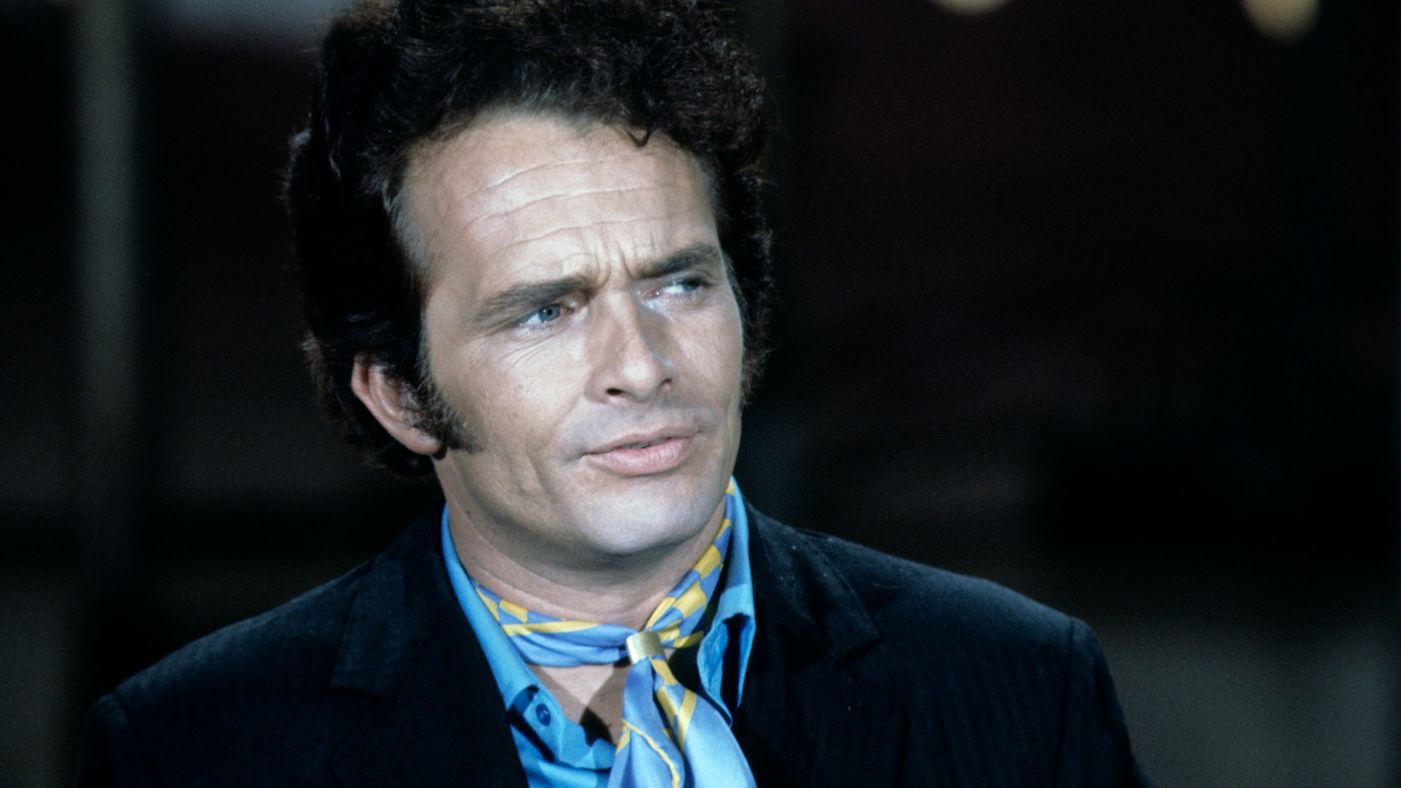 October 10, 1969: Merle Haggard gives a performance at the Muskogee, Oklahoma Civic Center that would be recorded and released as the live album, “Okie from Muskogee,” on December 29 of that year. The studio version of the song had already been recorded, but wouldn’t make it onto an LP for another three years. It was released as a single in late September and went to #1 on November 15th where it held on to the top spot for four weeks. “Okie” remained Haggard’s biggest charting hit until 1973 when “If We Make It Through December” was released.

Haggard wrote the song with his drummer, Eddie Burris, on his bus one night and began performing on stage in the fall of 1969. Haggard and his band were astounded at the reaction “Okie” received night after night, city after city. As David Cantwell notes in his 2013 book ‘Merle Haggard: The Running Kind’, "The Haggard camp knew they were on to something. Everywhere they went, every show, "Okie" did more than prompt enthusiastic applause. There was an unanticipated adulation racing through the crowds now, standing ovations that went on and on and sometimes left the audience and the band-members alike teary-eyed. Merle had somehow stumbled upon a song that expressed previously inchoate fears, spoke out loud gripes and anxieties otherwise only whispered, and now people were using his song, were using him, to connect themselves to these larger concerns and to one another."

In the decades that followed the song's release, Haggard himself told different stories of how the song evolved for him personally over the years. In the ‘American Masters’ episode about his life and career, Haggard defiantly stated that the song was more than satire: "That's how I got into it with the hippies...I thought they were unqualified to judge America, and I thought they were looking' down their noses at something that I cherished very much, and it pissed me off. And I thought, 'You sons of bitches, you've never been restricted away from this great, wonderful country, and yet here you are in the streets bitchin' about things, protesting about a war that they didn't know anymore about than I did. They weren't over there fightin' that war anymore than I was." 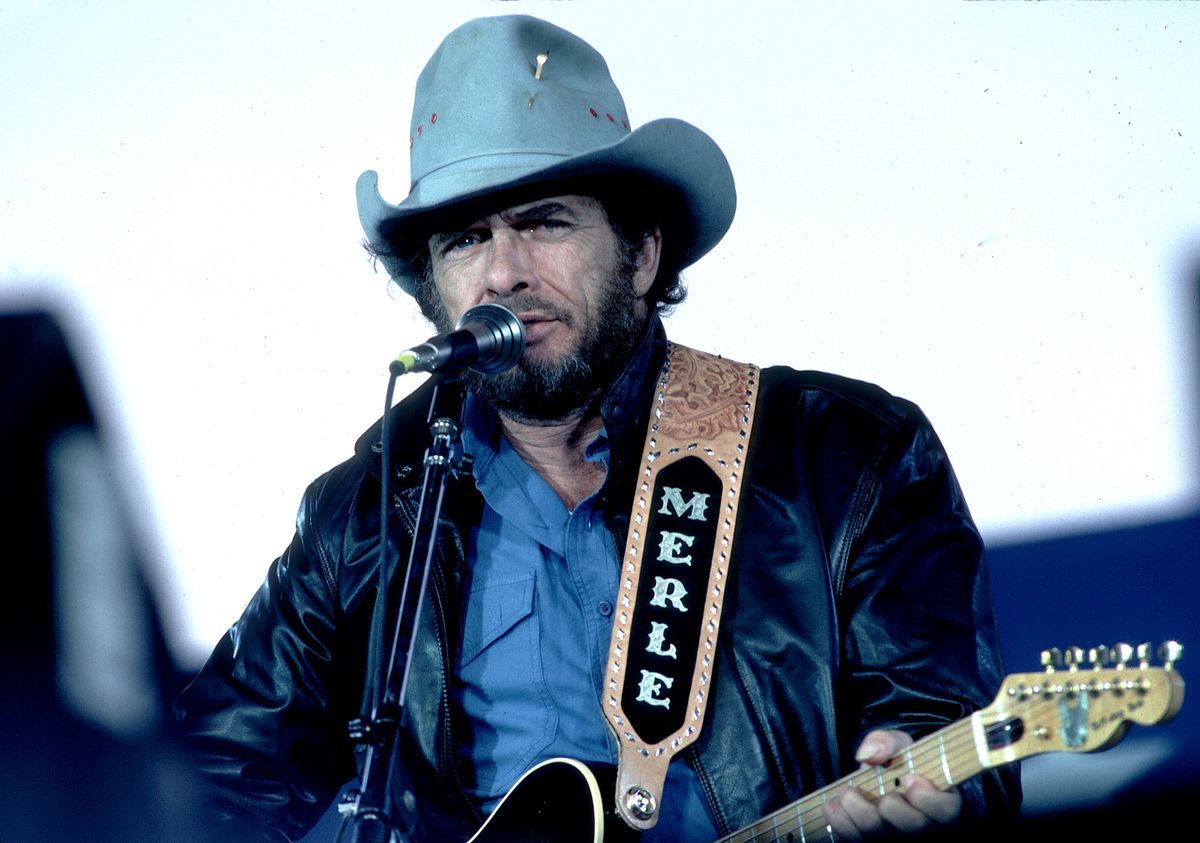 Haggard told ‘The Boot’ that he wrote the song after he became disheartened watching Vietnam War protests and incorporated that emotion and viewpoint into the song. Haggard says, "When I was in prison, I knew what it was like to have freedom taken away. Freedom is everything. During Vietnam, there were all kinds of protests. Here were these [servicemen] going over there and dying for a cause—we don't even know what it was really all about. And here are these young kids, that were free, bitching about it. There's something wrong with that and with [disparaging] those poor guys." He states that he wrote the song to support the troops. "We were in a wonderful time in America, and music was in a wonderful place. America was at its peak, and what the hell did these kids have to complain about? These soldiers were giving up their freedom and lives to make sure others could stay free. I wrote the song to support those soldiers."

In the documentary ‘Beyond Nashville’, Haggard claimed the song was more of a wistful tribute to his late father than any kind of political statement: "My dad passed away when I was nine, and I don't know if you've ever thought about somebody you've lost and you say, 'I wonder what so-and-so would think about this?' I was driving along Interstate 40 and I saw a sign that said "19 Miles to Muskogee", while at the same time listening to radio shows of ‘The World Tomorrow’ hosted by Garner Ted Armstrong. Muskogee was always referred to in my childhood as 'back home.' So I saw that sign and my whole childhood flashed before my eyes and I thought, 'I wonder what dad would think about the youthful uprising that was occurring at the time, the Janis Joplins...I understood 'em, I got a long with it, but what if he was to come alive at this moment? And I thought, what a way to describe the kind of people in America that are still sittin' in the center of the country saying', 'What is going' on on these campuses?'", as it was the subject of this Garner Ted Armstrong radio program. "And a week or so later, I was listening to Garner Ted Armstrong, and Armstrong was saying how the smaller colleges in smaller towns don't seem to have any problems. And I wondered if Muskogee had a college, and it did, and they hadn't had any trouble - no racial problems and no dope problems. The whole thing hit me in two minutes, and I did one line after another and got the whole thing done in 20 minutes." 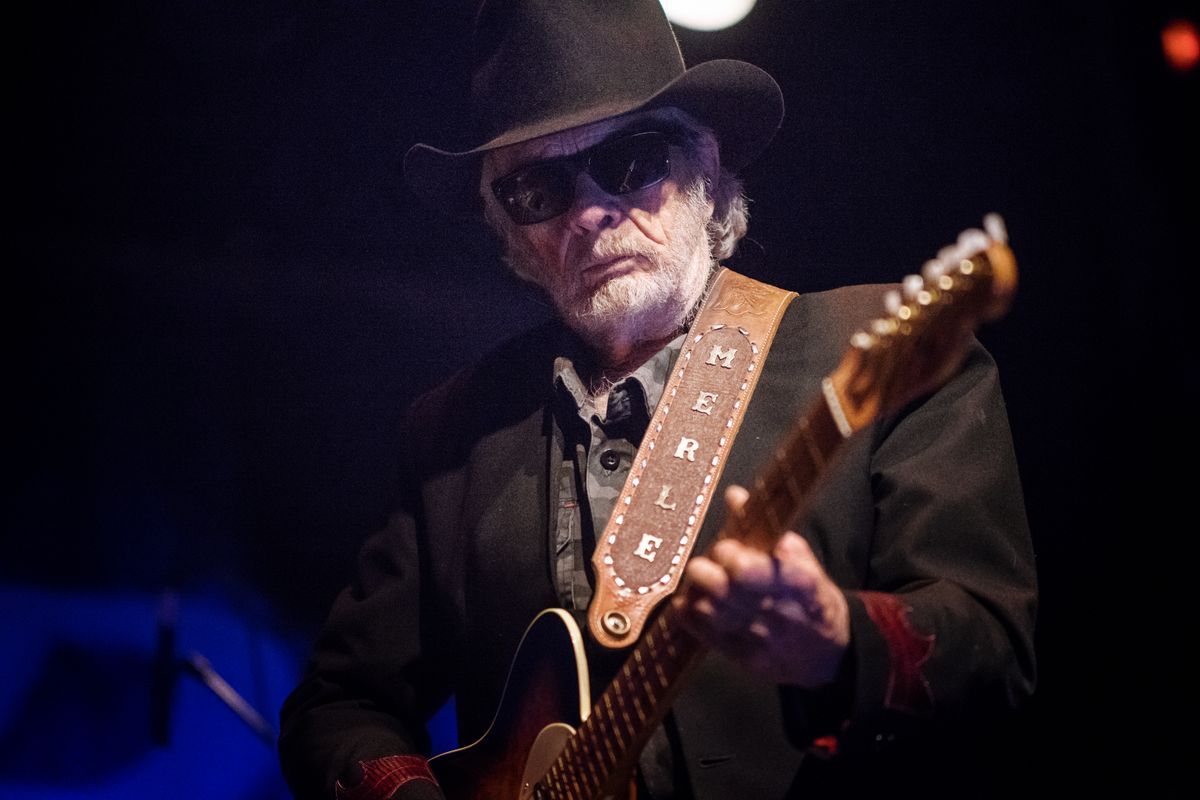 In a 2010 interview with ‘American Songwriter’, Haggard called the song a "character study," his 1969 self being the character: "It was the photograph that I took of the way things looked through the eyes of a fool... and most of America was under the same assumptions I was. As it's stayed around now for 40 years, I sing the song now with a different attitude onstage... I've become educated... I play it now with a different projection. It's a different song now. I'm different now.”

While the version of "Okie from Muskogee" included on the live album never charted, it did become popular with fans. The live version most are familiar with, and the only live version released as a single, was taken from the album ‘The Fightin' Side of Me’ recorded in Philadelphia, Pennsylvania the following year. "Okie from Muskogee", both the single and the album, were named the Country Music Association Single and Album of the Year in 1970. The song today is iconic in country music history and has remained one of Merle Haggard’s most popular signature songs.