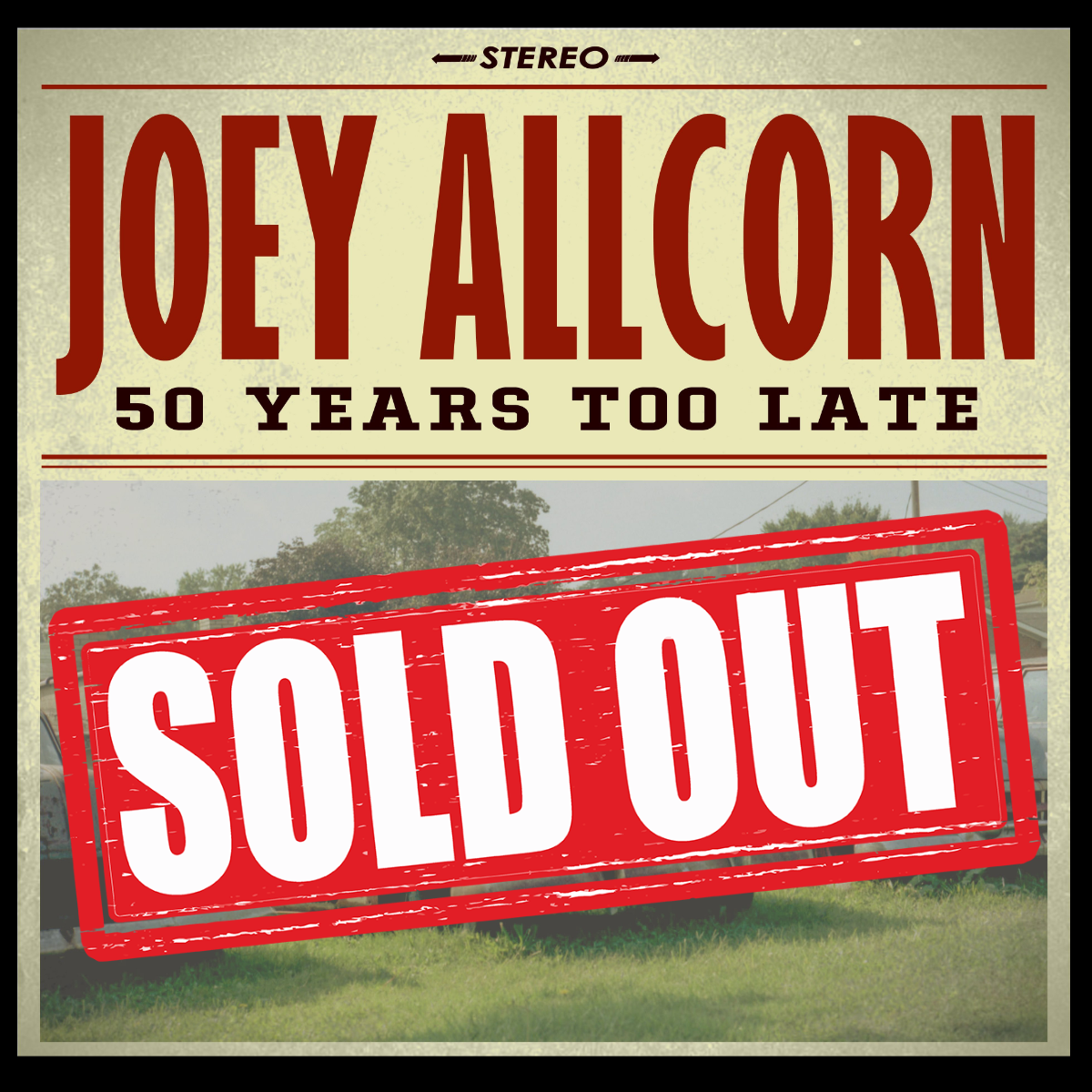 All copies of the "50 Years Too Late" vinyl have been spoken for! Seeing as I do not tour anymore and sales of physical copies of music are at an all time low, it was decided that we would only press up enough copies to cover pre-orders and Alabama Chain Gang fan club members on Patreon. We have reached that number and have discontinued taking orders for this project. There are still copies of the CD available for those that prefer that medium, but all the copies of the vinyl are spoken for! Thanks for supporting this release and we will be getting this record off the the press very shortly!